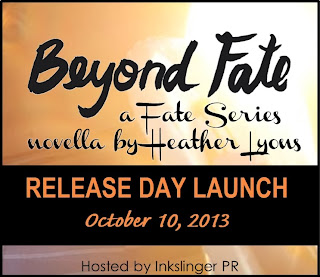 It's here! BEYOND FATE by Heather Lyons is here and we are thrilled to get to be a part of the release day launch! We finally get to hear from Jonah in this novella from The Fate Series. Check out what we have going on today as we celebrate the release of this outstanding novella, and there's an excerpt for you! Then look below for all the information regarding the book and Heather Lyons. You can also enter in a giveaway below! Check it all out and be sure to let us know what you are looking forward to when it comes to BEYOND FATE and The Fate Series!

There are always two sides to every story . . .

His whole life, Jonah Whitecomb has strove to meet everyone’s expectations of him: the perfect student, dutiful son, loyal twin, accomplished surfer, and powerful Magical. But behind his carefully composed façade hides the truth of how his family has fallen apart, leaving Jonah more often than not feeling adrift. To complicate matters, he fell in love long ago with a girl in his dreams, one he’s never told anyone about, including his twin brother.

Just when life seems its bleakest, Jonah discovers that Chloe is real. Wanting to finally reach out and grab happiness for himself, he embarks on a journey to track down the girl of his dreams, only to find that happy endings aren’t always guaranteed, the best laid out plans can go horribly awry, and sometimes, you have to simply let yourself go along for the ride.

* Beyond Fate is Jonah’s point-of-view of the events of A Matter of Fate, and is a companion novella. 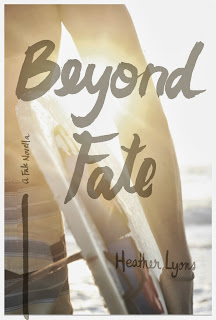 She must sense my disinterest, because she rushes to say, “And your Connection is nice and strong. You’re very lucky to have been able to foster that relationship from such an early age.”
Whoa. What now? Connection? “Do you mean the one with my brother?”
I have a Connection with my brother, thanks to being Magical identical twins and all. But it’s not like a real Connection, not like the kind my parents had or Joey and Hannah’s. Not a romantic one, anyway.
“Oh, well, yes, there’s that Connection too.” The Seer nods, biting the end of her pen. Then she yanks it back out, irrational embarrassment taking over once more. “I guess I overlooked that one, since I’ve never seen one between siblings before. No—I meant your Connection.”
My brain sort of goes static-y. “I guess I’m confused here. If you’re not referring to Kellan, then what . . . uh . . . Connection are you talking about?”
She looks down at the yellow legal pad, as if it somehow has answers. “Surely you know about your Connection? I mean, you’ve already been on that road with her, and have been since you were very young.”
My heart starts racing, like it does when I run. But I’m not running. I’m sitting in a yellow chair in a Seer’s office and I’m dizzy and my heart is racing and I’m having a tough time catching my breath. “Elaborate,” I squeak. And it goes to show just how thrown off balance I really am, because I don’t even even care that I’m squeaking like a twelve-year-old going through puberty to some pretty girl.
The Seer’s eyes widen. “Has no one explained this to you?”
I clear my throat once, twice. “I know that my brother and I have a Connection, but I wasn’t aware I had another one. Nobody . . .” I’m forced to clear it a third time. “Nobody has two Connections.”
“Well, uh . . . it’s true that I’m not aware of anyone else having two, but . . .” She blinks at me, scratches her head. “You do. You’re in love with her already, right?”
How could she know that? Can Seers tell that? Can they actually sense emotions, like I can? Can they physically tell that someone is in love, simply by looking at their paths? Because, if that’s the case, this is—
“You’ve known her nearly your whole life,” Sera says, interrupting my internal high-octane rationalizations. “I’m positive of it. You’ve been in love with your Connection for a very long time.”
If somebody had smashed a brick down on my head during this moment, I wouldn’t have been more surprised. So I sound like a total idiot when I blurt out, “You mean she’s real?”
It’s the first time I’ve ever said anything about the girl I’ve called Chloe out loud, to anyone. EVER.
“Well, of course,” the Seer says. And then she has the audacity to laugh. At me. Because I’m too . . . I don’t know. Slow? Stupid? Naïve? To grasp what she thinks is basic Magical Info 101. Normally, this would piss me off royally, but right now, I temper that annoyance down because I’m pretty sure if she doesn’t answer my questions, I’m going to have a full-fledge meltdown right here in her office. It’s been weeks—scratch that, MONTHS—since I last saw or heard from the girl in my dreams. Even if this Seer can give me the smallest bit of info, I’m completely willing to let her think I’m the biggest idiot on the Human plane. “No one has a Connection to an imaginary Magical,” she finishes lamely.
THUD. Another brick smashes down on my apparently thick skull. My voice drops to a whisper. “She’s a Magical?”
Jesus. Now I’ve basically turned into a parrot.
The Seer cocks her head to the side. “I don’t understand . . .?”
And then everything in me, everything I’ve felt for this girl my whole life floods me, and it’s too much, way too much, so the dam bursts forth and finally, finally, the truth comes rushing out. I don’t think I can stop the words even if I wanted to, and right now, here—I don’t want to. “I’ve . . . I’ve dreamed about this girl my whole life. I never knew she was real, though. I mean—I hoped she was, but . . .”
Sera gets this dreamy look, and a flash of envy streaks through her. “OH! You’ve got a doorway! Lucky, lucky! So very rare.” Her smile is the rueful, conspiratorial one now. “What most Magicals wouldn’t do for one.”
She knows about . . . “The doorway?”
Kill me now, because there’s more of the parroting.
The Seer blushes violently now. If I wasn’t so, oh, I don’t know, BLOWN AWAY, I just might be annoyed or amused at the fact that she’d just wished she’d had a doorway with me. But I have no time for these shenanigans. “How do you know about the doorway?”
It’s her turn to clear her throat. “Um, it’s . . . one of the ways some people with Connections meet? Like I said, it’s rare, maybe two percent of all Connection cases are like this. So . . .” She scratches her upper arm. “You’re the first person I’ve met with a doorway, though. Have you met her in person yet?”
YET?
I go lightheaded right before the ground below me moves. 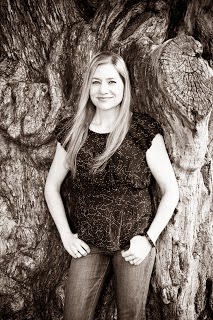 
Heather Lyons has always had a thing for words—She’s been writing stories since she was a kid. In addition to writing, she’s also been an archaeologist and a teacher. Heather is a rabid music fan, as evidenced by her (mostly) music-centric blog, and she’s married to an even larger music snob. They’re happily raising three kids who are mini music fiends who love to read and be read to.

And don't miss the giveaway Here!