Well, I've just bought my ticket for Utopia2016, and that means I've got some planning to do! Here is my list of things I would love to accomplish before Utopia rolls around

1) Finish at least 1 of my WIPs. I currently am working on the (clean) adult companion novel to Finding Keepers and there is a good chance I will have it published by next summer. I am also working on the 4th book in the Land of Kaldalangra series, but that one will likely not be finished by then.

2) Be more regular with blog posts. My goal is to post on here at least once a week. It may be short, but it will be something :)

3) Be more regular with my newsletter. I have been quiet in the past because I don't typically have a lot going on in my book life. While listening to the marketing panel it was pointed out that a newsletter doesn't have to be about your books! Lightbulb moment!

4) Have more confidence in my awesomeness. This has been a problem for me ever since my high school days, when I was constantly plagued with doubt that people didn't really want to be my friend. Even now, it's hard to break out of the mental mindset that I'm "just ok" and not someone others will be around. I'm just going to hang this picture of me and author BJ Sheldon on my wall, because if she wants to hang out with me, I'm definitely awesome.

5) Be more active in the Utopia community leading up to the event. I was bad about that this year, because, well, work/life balance/pendulum and all of that. I'm going to work on that more for Utopia2016, because there are a ton of amazing people that I need to know better :)
No comments: 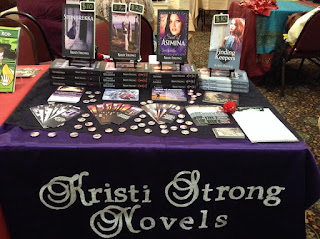 I feel compelled to tell you, I have been sitting on this post for a week because I can't think of the best way to write it, of any way for it to really tell the magnitude of what UtopYA is, and what UtopYA does, and how it has touched my heart. I realized though, that UtopYA is about moments, lots of moments, tons of moments that add up to one amazing experience, so here are some of those moments.

*Driving past James Madison University (my Alma mater) and thinking (all The Hobbit style) "in 5 miles I will be the farthest away from home, by myself, that I have ever been." 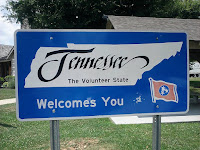 * Hitting the Tennessee border and taking a picture, because of all the places I have been, I have never actually been to Tennessee! (that and I was getting REALLY bored having spent the last 5 hours driving through Virginia.

*Seeing Kristina Circelli for the first time in almost a year. Bless the internet and Facebook, because she's one of my best friends and seeing her once a year just isn't enough (that and she had our room key, and I had just spent the last 45 minutes being lost in rush hour traffic and I wanted to eat dinner lol)

* Meeting Chanda Hahn for the first time. I have been in awe of her since before I knew about self-publishing, and I geeked out when I realized we have the same friends. You can imagine my nerves when Kristina and I sit down for dinner and Kristina, all nonchalantly, goes "Oh look, there's Chanda, I'll introduce you." Um...um..I've just been in the car for 10 hours! "Oh, okay. I'll let you eat before I embarrass you then." And she did, and you guys, Chanda hugged me, and she's just as awesome as her books. 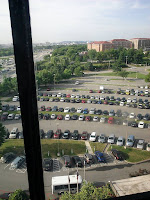 * Meeting Ben Hale, my tablemate. I could not have asked for a better table mate, either. He is everything that I am not, outgoing, social, a marketing guru. I can also tell you, after working beside him for 2 days, that he is also 100% genuine and one of the nicest guys around. I learned a lot just by listening to him interact with people, and grew as an author who needs to self-promote.

* Dinner with Heather Lyons and the fireflies. I've been in a writing group with Heather for a while now, but she was always "up there" on my list of authors. Authors who are super nice, but whose books are so amazing that part of me always thinks, "why would they want to talk to me?". Let me tell you, she really is the nicest person ever. I had dinner with her and Kristina at The Mad Platter and then afterward we sat on the outdoor patio and talked forever. Then a bug with a little glowing butt showed up, and I learned that Heather had never seen a firefly! So I promptly caught one for her so she could see it close up. I love the little bits of magic that come out in the day :)

* Hanging out with Nicole and Nick Greene. Omg, these two are the most adorable couple EVER, and super crazy nice. I pretty much forced myself into their group because Kristina is friends with them and I clung to her like a bug, so yeah, hi! They were seriously so nice though, and funny, and I had a blast with them during the awards and the after party.

* Karaoke night and meeting Chelsea Starling for the first time. I'm pretty sure she's a pixie in her other life, because she is just so amazing and full of energy. She lit up the bar with her swing dancing, and her excitement and joy filled the room.

* Honestly, I went both ways with the keynote speeches. Partially inspired, partially deflated, partially pissed, but they were all an important part of me figuring out who I am, and who I want to be as a writer. I think the one that hit me the most profoundly was the closing speech by Janet, who said (and this is me paraphrasing because my memory sucks) "We all have different dreams, and we all have different goals. Some people don't want to be the next best-seller, they just want to write a novel, or publish a series, or make a modest living, and they are just as successful as someone with a different goal"

As I drove back to Virginia, tired but happy, ready to go wrap my arms around my family but happy to have had some time as Kristi the author and not "mom or wife", I realized that I'm exactly where I want to be. I hit the Shenandoah Valley around sunset, and with the sun descending over the mountains that protect my little valley, I just felt the most profound peace and contentment. My books are where they need to be, and my life is at it needs to be, and I need to embrace everything I'm given and celebrate.
No comments: